Georgia is famous not only for its hospitality and wonderful nature but also for beneficial conditions for establishing and running a gambling business. Therefore, businesspeople from different countries found various gambling venues in its territory. The gambling industry grows year by year, significantly affecting the development of country’s tourism and economy.

The article reveals details about the current condition and special features of the Georgian gambling market.

Georgia legalized the gambling business in 1990. The market was gradually advancing in subsequent years. In 2000, the authorities adopted a range of laws and regulations specifying the general rules of the gambling activity. It encouraged the industry evolution.

Currently, gambling business operations require the corresponding permission. Requirements for such a document are quite affordable. The document is free of charge if business organizers are ready to wait 20 days. Faster preparations cost between 400 GEL and 2000 GEL.

Virtual gambling venues are also legalized in Georgia. However, only entrepreneurs having a license for offline business operations are allowed to launch them.

According to the Revenue Service, the country issued 242 gambling organization permissions and 75 betting pool certificates.

Shota Amiranashvili, President of the Association of casinos in Adjara, told in an interview with Login Casino that Tbilisi had four casinos and Batumi had eight casinos as of 2019.

Games of chance are one of the reasons why tourists visit Georgia. Local casinos are popular among its citizens as well. Soso Archvadze, an expert in statistics, said that the Georgians spent approximately 9 billion GEL on gambling entertainments between 2011 and 2017.

In 2017, 8.4% of the total income of the Georgian business sector accounted for the gambling business. The National Statistics Office of Georgia estimated that the turnover of gambling companies was 5.6 billion GEL in 2017.

According to Transparency International Georgia, the state budget obtained €281 million of taxes and fees paid by gambling market players between 2010 and 2014.

In the first half of 2019, gambling operators working in Tbilisi transferred 35.5 million GEL of taxes to the budget. The majority of profit was deducted from slot machine revenues. The budget plan was performed by 101.4% within six months. Nevertheless, analysts figured out that the total sum of deductions decreased by 3.34 million GEL in comparison with the similar period of the past year.

Gambling businesses not only encourage the country’s economic growth but also create new jobs. About 5000 people are employed in land-based casinos. Besides, experts assure that salaries and wages in this sector are one of the highest in the country. Different data shows that nearly 8000 people are engaged in this industry.

Nowadays, persons under 21 years of age are not allowed to attend land-based casinos. Only people aged under 18 are allowed to enter slot machine halls. Minors are also not allowed to register on online gambling platforms.

Despite the current limitations, a survey conducted by the Center for gambling research and ludomania prevention shows that 48% of the teenagers in Tbilisi participate in games of chance. Experts have found out that minor boys and girls use online casino services. 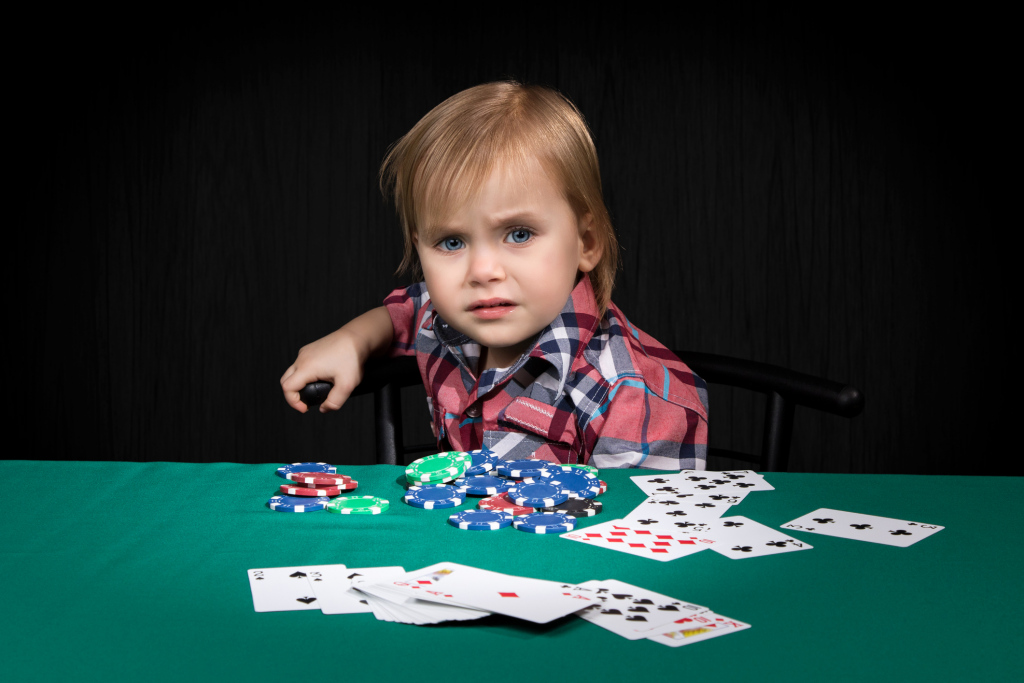 Shota Amiranashvili confirms that children sometimes visit gambling venues. For example, they can take identity cards of their parents. The expert believes that this problem can be solved by state regulation. At the same time, he thinks that measures should not be too tough in order not to harm businesses.

In spring 2019, Irakli Kobakhidze, who was the Chairperson of the Parliament of Georgia back then, said that the country should implement the regulation limiting minor access to gambling as much as possible. It is also referred to age qualification changes.

Batumi decided to combat gambling addiction among minors by its own efforts. The city has established a club called Synergy where experienced psychologists and social workers will help teenagers suffering from behavior disorders and schoolchildren suffering from problem gambling.

In 2019, the Parliament of Georgia began to consider a package of legislative amendments aimed at introducing gambling advertising restrictions. They were initiated by six MPs from the Georgian Dream – Democratic Georgia party.

In July, the Business Georgia portal reported that MPs adopted the amendments to the law about advertising. They ban advertising of casinos, betting pools, and gambling organizers on the Internet. The exception to the above is when a betting company is a sponsor of sports leagues and events.

As to outdoor advertising, the amendments to the law prescribe that banners should be placed at a distance of at least 100 meters from educational establishments and religious institutions. Banners are allowed only on gambling buildings. The ad size should not exceed 10 sq. m. Only one banner can be placed on one building.

Adjara as a gambling business center for tourists

Adjara is an autonomous republic within Georgia. It is located in South West of the country. This region borders on Turkey. The latter imposed a ban on gambling organization in the past century. Thus, many Turks started visiting the region in order to enjoy games of chance. As of today, 70% of the travelers come to Adjara from Turkey, 20% from Israel, and 10% from other countries.

Given the attractiveness of the Adjara Region for tourists and favorable conditions for business operations, this market engages foreign investors. For example, all casinos in Batumi, the capital of Adjara, belong to foreign companies. Desiring to provide their fellow citizens with access to gambling entertainments, Turkish entrepreneurs establish various gambling venues within this region.

Ten casinos operated in Batumi until 2018. However, the number of tourists from the neighboring country decreased last year because of the devaluation of Turkish lira. It resulted in the reduction of gambling companies’ revenues. Consequently, two gambling venues shut down.

Gambling operators significantly contribute to Adjara’s budget. In 2019, 25% of the local treasury profit was generated by gambling companies. By the way, the local budget is refilled only with quarter tax liabilities of gambling tables and slot machines. The rest rates and taxes go to the central budget.

Experts will provide more information about the establishment of gambling venues in Georgia at Georgia iGaming Affiliate Conference.

Head of Coingaming Group CIS, “The Community and Our Company Invested Money ...

Irakli Arjevanidze from IBCCS Georgia and Jowita Jablonska from IBCCS TAX In...
Get the guide about marketing and legislative regulation: “What you need to know to launch on the European market”.